It seems I have upset someone.  I upset her because I wanted to break up.  I was not happy with the relationship.  I clearly laid out what I was dissatisfied with in the relationship, and how I wanted to see it resolved.  When it became clear to me that it was not going to change, I set one last deadline.
In the past, I have always given more and more chances.  I swear to god I feel like Charlie Brown. 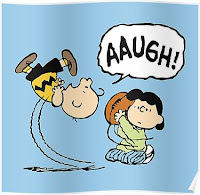 And she would apologize profusely while I lay there and felt like the dumbest son-of-a-bitch to ever walk the earth.
Because I knew better.  I really did.
And she would swear that next time it would be different.
And I WANTED it to be different.
I wanted to believe the dream; the fantasy.
And so, though I knew better, I would make another run at the football.
For the longest time, though, I haven’t even really tried to believe.  I had some belief left in me, but I didn’t cultivate it.  I just let her keep promising to make it better.  And I didn’t really expect her to change.  I was never surprised when the same shit happened over and over again.  It didn’t even really upset me any more.  I just let my hope wither and die.

But it upset me was that she wanted to always talk about it, and I had long ago said everything I needed to say about it.  I had already heard everything I needed to hear.  I didn’t need to hear any more reasons why I should wait longer.  It didn’t matter if they were excuses, reasons, or outright lies.
All that mattered to me was that the situation was intolerable and it wasn’t changing.  What is to talk about?  I hate the fucking phone.
She won’t let me get off the phone.  She won’t say good-bye.  So I say, "I am going to hang up now, good-bye" and still she won’t say good-bye.  So I hang up.  So she calls me back and bitches at me for hanging up on her.
Which provokes another hangup, of course.  Yeah, there’s nothing mature about either side of it at that point.  All I can do is not answer the phone or else I am forced to hang up on her.
And still she insists on calling me incessantly over and over again.  I don’t want to talk on the phone, I said.  If you want to talk, come over and we can talk face to face.
She never shows up.  And that is the crux of what I have issues with.  I need a woman who is with me, not one that just promises to be with me. 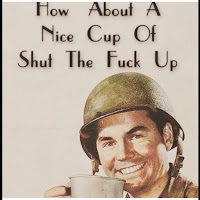 When I won’t talk she calls over and over again, hijacking my phone so I can’t use it.
I made the mistake once of giving her my work phone number.  She was driving cross country, and my cell was dying, so I wanted her to be able to call me.
Now she does the same thing to me when I am at work.  She called maybe fifty times today.  I told her it was inappropriate.  She threatened to call my boss, and told me it was my fault she was acting the way she acts.
I have made it clear that I want to break up.  Her response?  "No, that is unacceptable to me"  Holy shit it is almost laughable.  Each day I come home and have to check for dead bunnies on my stove.
I should never have let it go on this long.
I should never have rewarded her tenacity in the first place.  In the past I have always acquiesced to her insistence psychosis.  I can’t do that any more.  I went ahead and bit the bullet and talked to my boss.  The very last time I gave in it was because she threatened to harass me at work.  I was shamed into giving her another chance because I didn’t want her to cause a scene at work.
I see now that there is no way she is going out with some dignity.
Today my work e-mail address got flooded with confirmation e-mails from gay porn sites asking me to confirm my subscription.
Classy, eh?
Anybody have any suggestions how I can get it through her head that it is over?
I am tired of the petty jealousies.  I am really sick to death of all the phone calls.  I am tired of waiting for something to happen that I have been pretty certain would never happen for a long time.   It’s never gonna change.  And I am not gonna waste another minute waiting on it to change.
I feel like a loser and an addict.  I would rather be alone than be in this relationship.  And I hate being alone.  That is how toxic the relationship is.  I walked away from my dysfunctional family.  Now I just want to walk away from this codependent relationship.  And she keeps trying to drag me back.  And I keep letting her.
I am more tired of that than anything I have ever been tired of in my life.  I have to stop letting her
Namasté,Sisyphus

Email ThisBlogThis!Share to TwitterShare to FacebookShare to Pinterest
Labels: a day in the life, emotions, loneliness, regret